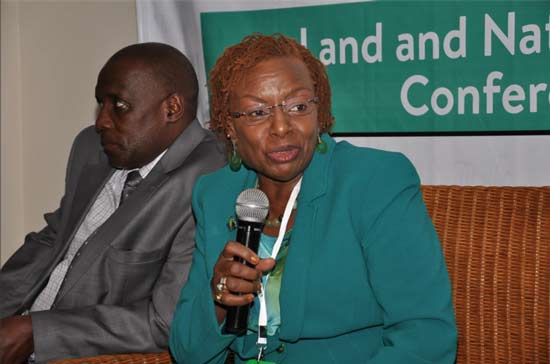 Dr. Jennifer Riria, founder and Group CEO of Kenya Women Holding has been named as the Africa Economy Builders – Entrepreneur of the Year Award for 2015. She is the first woman from East Africa to win this prestigious pan-Africa award that seeks to reward and recognize those persons who have contributed significantly to Africa’s growth.

Dr Riria has been recognized for her entrepreneurial success and immense contribution to the promotion of women entrepreneurs in Kenya, hence positively impacting the growth of Africa.

Upon winning the award, Dr Riria commented: “I am humbled to be considered for this award. It is not for me alone but for all the women that our work at Kenya Women Holdings has touched and whose entrepreneurial thirst has enabled them provide for their families and build a better society,”. Dr Riria will receive the award on Thursday 30th April at a gala dinner ceremony in Abidjan, Ivory Coast.

Dr Jennifer Riria is the Group CEO of Kenya Women Holdings. She is distinguished as a pioneering microfinance banker, researcher and gender specialist. She has served in many leadership roles for which she has been recognized locally and internationally. In 2013, Dr. Riria was awarded the Ernst & Young (EY) Entrepreneur of the Year, East Africa 2013, and subsequently, the EY, Entrepreneur of the Year Award 2014 and was admitted to the Global Hall of Fame.

Throughout her career, Dr Riria has been a leading advocate for women's economic empowerment and is a true champion of democracy. In recognition of her efforts, she was awarded and named “Champion of Democracy” by the Ford Foundation for her role both as a leader of the TUVUKE Initiative and Group CEO of Kenya Women Finance Trust. Dr Riria is a passionate institutional builder who focuses on institutions that empower, position and advocate for the majority, and especially women and their families.